A Parable for Mother's Day 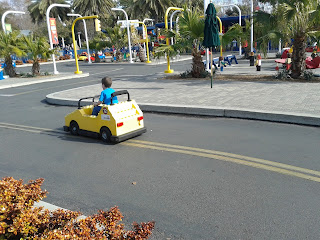 Now that I've become a mother, I appreciate my own mother even more. She was one of those June Cleaver's happily dedicated to motherhood and wife-dom. Some might think this type of person doesn't exist outside of fiction, but she does. And she came to all my choir concerts, boring plays, pasta nights, fun runs and talent shows.

So when my first grader came home inquiring about auditioning for an upcoming talent show, my gut knotted. The era of watching performances has come for me now. My kiddo wanted to sing a pop song that had some questionable lyrics.

And then I discovered that he'd already missed the deadline to try out. And I'm ashamed to admit I breathed a sigh of relief. But really my dander was up that he might be too much like me. When I see the engineer in him, like my husband, I'm thrilled. Discovering he might have a creative bent like me, plunged me into protective mom mode.

Pursuing a creative life can be a hard road filled with rejection and poverty and so I secretly hoped he wouldn't be like me. But he loved the first play he saw at school with his class. He volunteered to do an on-camera interview at his school. And I couldn't help thinking this is how my mom probably saw me. When I look back on what I enjoyed as a kid, not much has changed. And when I think of all the performances she had to sit through I feel guilty now. But she never seemed to mind.

Now my husband says not to worry, lots of people get practical jobs and pursue their creative stuff on the side. "I know, I was one of those," I said to myself. I guess the protective part of me wants to shield him from rejection and heartbreak. But I won't, I can't. He'll have to fail, make mistakes, get teased and get up, dust himself off and keep going.

And who knows, he could have some successes mixed in there too. I'm trying to teach him about the 10,000 hours rule that I learned after reading Malcolm Gladwell's Outliers. Gladwell believes that after amassing 10,000 hours practicing something, mastery can be achieved. True or not, I like the idea. So by that calculation, I've accumulated about 25,000 hours of mothering practice so far. I don't feel like I've mastered it, but it does get easier every year.

All this to say, Happy Mother's Day to all the smothers and other mothers out there. We're in this to (worry) together!